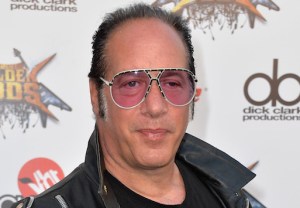 Andrew Dice Clay, the chain-smoking, R-rated comedian who gained notoriety in the 1990s, will headline a scripted series loosely based on his life, the premium cabler announced Friday.

Dice, a half-hour single-camera comedy, will follow the abrasive stand-up “as he works in Vegas to resurrect his career while supporting his family. And his girlfriend. And his ex-fiancée. And his ex-wife. And his mother-in-law. And his son’s band,” per the series official logline.

Scot Armstrong (Old School, Playing House) created and wrote the series, which he’ll executive-produce along with Sean Furst and Bryan Furst (Star-Crossed) and Clay, among others.

Production on Dice‘s six episodes is slated to being later this year, for a 2016 premiere.