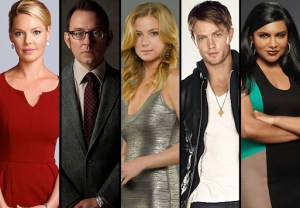 Come mid-May (if not sooner), the networks will be have to make some tough calls about which remaining “bubble” series will return for the 2015-16 TV season, and which — cue ominous thunderclap — won’t. As they sweat out those decisions, TVLine welcomes you to review our gallery of renew/cancel polls and have your say.

Should Castle, Blue Bloods and Mysteries of Laura cop new seasons? Will The Following scare up another renewal? Should the Hart of Dixie keep beating? Have Cristela, The Odd Couple and About a Boy at risk of having their last laughs?

TVLine presents this alphabetical round-up of “bubble” shows — from admitted long-shots and legit fence-straddlers to slightly surer things — and cordially invite you to cast your legally non-binding vote on each show’s fate!