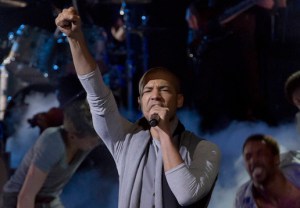 Fox’s Empire wrapped its supernova-like freshman season on the highest of notes, averaging 16.7 million total viewers and a 6.5 demo rating across its two-hour run (per finals) — rising 12 percent to easily deliver season highs.

TVLine readers gave the twisty-turny, sexy, deadly season-ender an average grade of “A-.”

For the record: the buzzy drama wound up growing its audience every… single… week, and in the demo at the very worst dipped a singular tenth (back in Week 4).

Looking for a chart? Child, I don’t want no chicken: 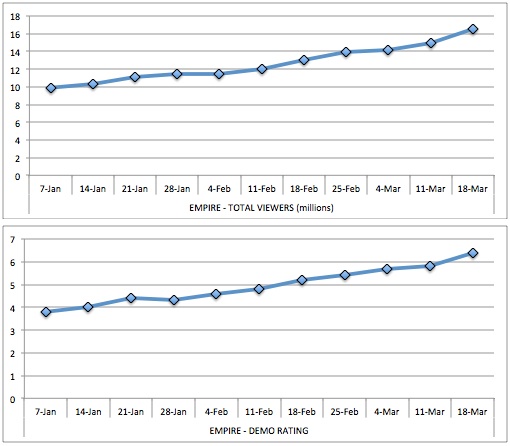