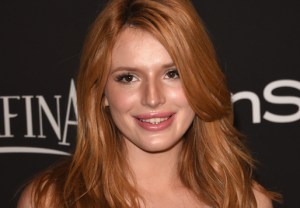 Based on Rebecca Serle’s novel of the same name — of which Thorne reportedly is a superfan — Famous in Love follows a girl who is plucked from obscurity to star in the film-franchise adaptation of a popular book (so meta!), and then finds herself in love triangles both on and off screen.

The project, which is currently in development, will be penned by King and Serle, who will also executive-produce alongside Dan Farah (Armored).

Though Thorne is best known for her role on Disney Channel’s Shake It Up!, her TV work also includes Big Love and Dirty Sexy Money, plus recent guest-star gigs on CSI and Red Band Society.