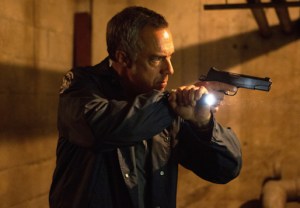 Bosch will be back: Amazon has renewed the detective drama for a second season, the streaming video service announced Wednesday.

The Titus Welliver-led series, based on Michael Connelly’s Harry Bosch crime novels, debuted a month ago and is the top title on Prime Instant Video, according to Amazon.

RELATED Amazon Orders to Series Man in High Castle and 4 Others, Renews Mozart

“We’re delighted to see that Amazon customers have immediately embraced Bosch,” Amazon Studios vice president Roy Price said in a statement. “Fans will soon be able to enjoy more of this inspired adaptation brought to life by a remarkably gifted cast.”

Season 2 will find Bosch‘s title character investigating the murder of a Hollywood producer who laundered money for the mob and pursuing serial killer Chilton Hardy, an investigation that will put Bosch’s ex-wife and teenage daughter at risk.