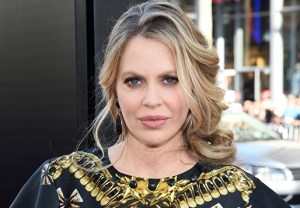 After cutting her teeth on True Blood and Once Upon a Time, Kristin Bauer van Straten is getting back to her roots — you know, as a human — in ABC’s drama pilot The Kingmakers, our sister site Deadline reports.

Kingmakers tells the story of Eli (Gus Halper), a young man who changes his identity to infiltrate the elite Ivy League college where his sister was found dead. Bauer van Straten will play art professor Maeve Vandemeer, the wife of the dean — and the mistress of Adrian Pasdar’s Senator Walden.

In addition to True Blood and Once Upon a Time, Bauer van Straten’s TV credits include roles in The Secret Life of the American Teenager, Justified and Dirty Sexy Money.