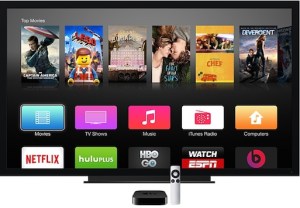 Apple is planning to roll out this fall a streaming video service that will narrow down TV’s hundreds of pickings to a couple dozen channels — but no NBC properties.

As reported by the Wall Street Journal, Apple is in talks with programmers to deliver a bundle that includes major players such as ABC, CBS and Fox and their respective offshoots/cable offerings. But because of a falling out between Apple and Comcast last year, NBC Universal and its broadcast/cable networks (e.g. Bravo, Syfy, Oxygen) are not a part of the discussion.

Experts tell the Journal that the streamlined bundle — which would be available to any devices that use Apple’s iOS operating system — likely will run $30 to $40 a month (in addition to Internet service, unless you watch your TV exclusively at, say, McDonald’s).

Cord-cutters and wannabes, what do you think of this new, affordable wave of watching TV?