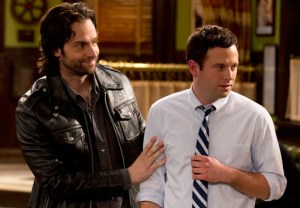 Following in the footsteps of such sitcoms as Will & Grace and Hot in Cleveland, NBC will air a live episode of its Chris D’Elia-starring comedy, the network announced Monday.

The hourlong event will air Tuesday, May 5, at 9 pm, with two separate productions for the East and West Coasts.

In the meantime, Undateable‘s Season 2 premiere is just around the corner, bowing Tuesday at 9/8c.

Will you tune in to Undateable‘s live episode? Hit the comments with your thoughts!