Vikings badass Katheryn Winnick will rock fresh-scrubbed skin, a cas’ ponytail and a laid-back attittude on CBS’ Person of Interest, as seen in these first photos from her upcoming guest-starring turn.

In the dynamic drama’s next new Season 4 episode, titled “Skip” and airing March 24, Winnick plays bounty hunter Frankie Wells. Reese is tasked with protecting this latest POI, even as she steadfastly refuses to let the potential threat to her life deter her from the relentless pursuit of a target. (Elsewhere in the episode, Finch tries to set in motion a plan he began in Hong Kong.)

Check out the photos below and tell us: Frankie seems right at home, yes? 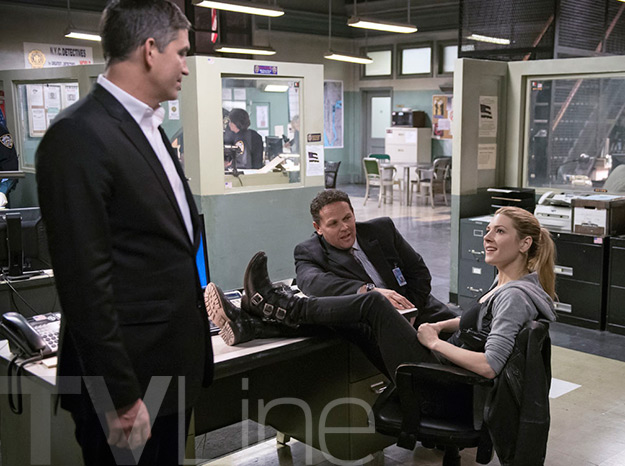 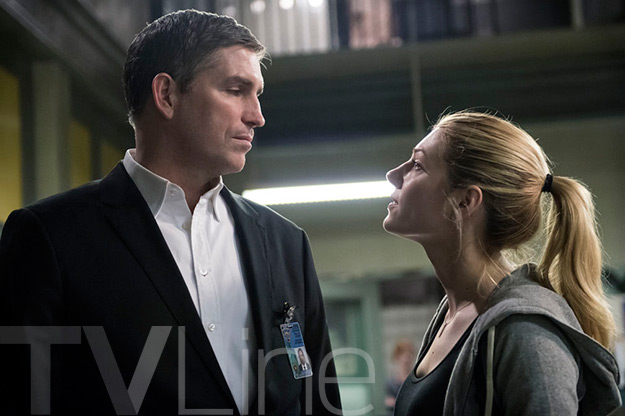