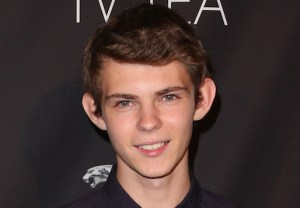 A Storybrooke baddie is poised to become a real hero.

Robbie Kay, who played the bratty Peter Pan on ABC’s Once Upon a Time, has been cast in Heroes Reborn, the miniseries based on NBC’s popular drama.

The 13-episode endeavor from Heroes creator Tim Kring will reconnect with the basic elements of the show’s first season — where ordinary people were waking up to the fact that they had extraordinary abilities.

Per our sister site Deadline, Kay will play a new character — aka not one seen on Heroes.