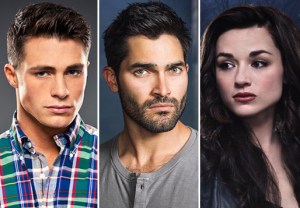 When it was revealed earlier this week that Teen Wolf‘s Tyler Hoechlin will not be a series regular in the MTV drama’s upcoming fifth season, fans were crushed — but not entirely surprised.

Hoechlin is one of (at least) five cast members who have voluntarily exited the supernatural series, beginning with Colton Haynes, who unexpectedly vacated the role of Jackson Whittemore between Seasons 2 and 3.

Executive producer Jeff Davis has spoken candidly about most of the show’s departures, stressing that when actors comes to him with a desire to leave, he works to honor their requests. … But when he’s surprised? That’s when things get tricky. For example, the EP once told TVLine, “If we’d known Colton was going to leave after Season 2, I’m not so sure [Jackson] would have survived.”

So… Which former (or soon-to-be former) Beacon Hills resident has left behind the greatest void? Browse our gallery below for a refresher on which stars have left (and why), then cast your vote and drop a comment with your thoughts.