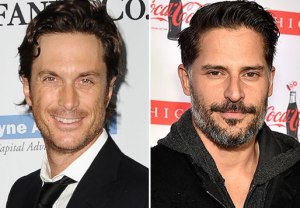 After terrorizing the queens of country music on ABC’s Nashville, Oliver Hudson will next find himself among Ryan Murphy’s Scream Queens on Fox — but there’s a twist!

Hudson is taking over the role originally intended for True Blood‘s Joe Manganiello, our sister site Deadline reports, who had to pull out to do a hectic schedule of promoting Magic Mike XXL overseas. Hudson’s casting won’t impede his role on Nashville, which was only contracted for one year to begin with.

Your thoughts on Scream Queens‘ surprising switcheroo? Drop ’em in the comments section below.