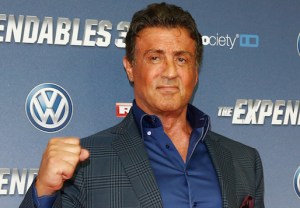 Filmdom’s erstwhile Rocky Balboa will step back into the reality-TV ring as an executive producer of NBC’s S.T.R.O.N.G., a fitness competition from The Biggest Loser creator Dave Broome, our sister site Deadline reports.

Similar to Biggest Loser, S.T.R.O.N.G. (Start To Realize Our Natural Greatness) will challenge six men and six women to become their best, buffest selves, working with trainers to evolve from average Joes and Jills into tight-n-toned physical specimens.

Stallone’s first match-up with reality-TV was the late-’00s boxing-themed series The Contender, which also aired on NBC. As reported earlier this month, the actor is also on board to develop a TV incarnation of his Expendables action movie franchise, to air on Fox.