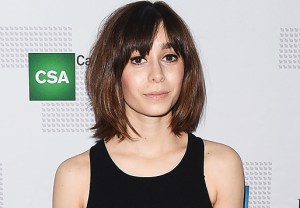 FX is taking Cristin Milioti (A to Z) on a dangerous new journey — and we hope she’s packing more than just a yellow umbrella.

The former How I Met Your Mother star will appear in the second season of Fargo, our sister site Deadline reports, playing Betsy, the wife of State Police Officer Lou Solverson (Patrick Wilson) and the daughter of Rock County Sheriff Hank Larsson (Ted Danson). Tougher than she might appear, Betsy is said to be able to “clean a gun as well as the gutters.”

Your thoughts on Milioti’s casting? Drop ’em in the comments section below.