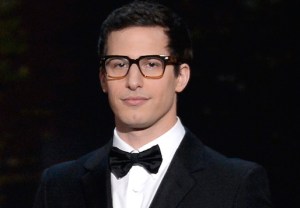 To the surprise of no one who knows the recipe for choosing the Primetime Emmy Awards host, Brooklyn Nine-Nine‘s Andy Samberg has been recruited to lord over Fox’s broadcast of this year’s ceremony.

Nominations for this year’s Primetime Emmy Awards will be announced July 16.

How do you think funnyman Samberg will stack up against previous Emmy hosts Seth Meyers, Neil Patrick Harris and Jimmy Kimmel?