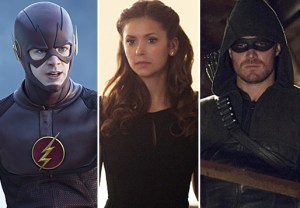 It’s only March, but The CW has already announced season finale dates for its fall shows, including Arrow, Supernatural, The Vampire Diaries and Jane the Virgin.

As previously announced, Hart of Dixie‘s Season 4 finale will air Friday, March 27, while Beauty and the Beast will premiere its third season on Thursday, May 21 at 8/7c.

The complete May season finales lineup can be found below:

THE ORIGINALS | Monday, May 11

THE VAMPIRE DIARIES | Thursday, May 14