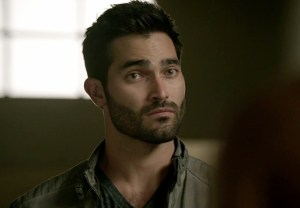 While most of Teen Wolf‘s upcoming fifth season remains a mystery, one thing is clear: Scott’s pack will be down one (major) member when the supernatural MTV drama returns.

“Tyler Hoechlin decided he wanted more time to pursue movies,” executive producer Jeff Davis tells BuzzFeed. “We talked and creatively agreed that maybe this was a good season to refocus on the teens of Teen Wolf, and while he won’t be a series regular anymore, I can say that you probably won’t have seen the last of Derek Hale. We love him and miss him.”

Most fans could see the writing on the wall; Season 4 witnessed a major shift towards the newer, younger cast members. And save for a major moment in the season finale, in which Derek “evolved” into a black wolf, his character has largely been relegated to a background player. (No one is more disappointed by this news than Braeden.)

Teen Wolf fans, on a scale from one to devastated, how are you coping with the loss of Derek Hale? Drop a comment with your thoughts on the show’s Hoech-less future below.