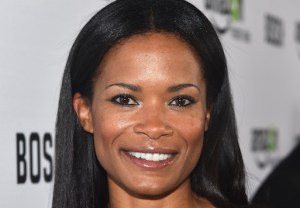 ABC’s The Catch has caught another cast member.

Rose Rollins (The L Word) has joined the cast of the Shonda Rhimes/Betsy Beers drama project, according to The Hollywood Reporter.

The project centers on Alice Martin (played by The Killing‘s Mireille Enos), a woman about to get married and conned. Unbeknownst to her slippery fiancé Kieran (played by NCIS‘ Damon Dayoub), Alice — who investigates fraud for a living — is not all she claims to be. And when the fiancé’s expertly planned con collides with her perfectly constructed lies, they plunge into a dangerous game of cat and mouse.

Rollins will play Andie Derringer, the wife of Evan (Numb3rs‘ Alimi Ballard) who can’t understand why Alice didn’t know Kieran was lying to her.

Rollins most recently appeared as Det. Kiz Rider in Amazon’s Bosch. Her other TV gigs include Southland, Nikita and NCIS.