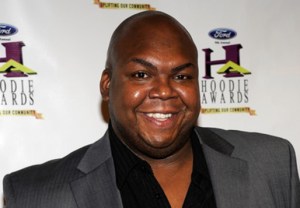 Actor Windell Middlebrooks, whose TV resume included roles on Body of Proof and Scrubs, died Monday at the age of 36, TMZ reports. The cause of death is not yet known.

In addition to his series regular role on Body of Proof, where he portrayed medical examiner Curtis Brumfield for the show’s three-season run, Middlebrooks had a knack for playing security guards — first as Scrubs’ Captain Duncook, then as Kirby Morris on the Disney Channel’s The Suite Life on Deck.

rest in peace Windell Middlebrooks, our “Kirby”. you were a light to the entire Suite Life crew and cast and we’ll forever love you.

Middlebrooks’ castmates from Body of Proof also expressed their condolences on Twitter:

I am heartbroken over the death of @Windell4Real. He was a shining light of goodness. My thoughts are with his Momma, whom he loved dearly.

Just heard that my sweet, sweet friend Windell Middlebrooks has passed away. I’m stunned and heartbroken. RIP, my sweet Windell. Too young.

Most recently, Middlebrooks appeared as the straightforward Delivery Guy in a Miller High Life commercial campaign; one of the spots can be viewed below.