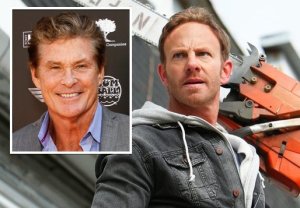 It was previously announced that another iconic swimsuit wearer, Bo Derek, will play April’s (Tara Reid) mother, who is of course named May.

Cameo roles for the follow-up include Shark Tank‘s Mark Cuban and political commentator Ann Coulter as the President and VP of the United States; Jerry Springer as a manic tourist; NSYNC crooner Chris Kirkpatrick as a lifeguard, and WWF superstar Chris Jericho as a roller coaster ride operator.

Sharknado 3 — which will target Washington, D.C., before roaring down the Eastern Seaboard and into Florida — is set to premiere in July.