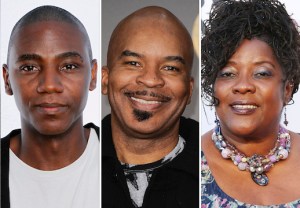 Exec-produced by Carmichael, Neighbors director Nick Stoller and Playing House‘s Ravi Nandan, the as-yet-untitled comedy is inspired by Carmichael’s real-life relationships with his say-anything, contrarian father (to be played by Grier), his therapist-in training girlfriend

“We’re excited to be going forward to series with Jerrod,” NBC Entertainment president Jennifer Salke said in a statement. “We can’t wait to see how he and his outstanding cast deliver the funny.”