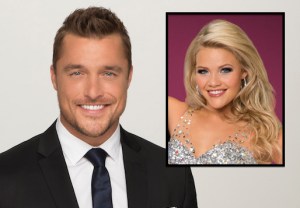 The new issue of Duh! Magazine confirms reality-TV’s worst kept secret: The Bachelor‘s Chris Soules is the 12th and final celebrity partner for Season 20 of ABC’s Dancing With the Stars.

As such, Soules will be paired with defending pro champ Witney Carson.

They join a cast that looks exactly like this:

The ABC competition’s 10th anniversary season — which will award a special goldenmirror-ball trophy to the winner —  kicks off Monday, March 16 at 8/7c.