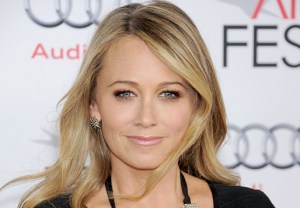 NBC is putting Christine Taylor to work — quite literally — with a role in its upcoming comedy pilot Sharing, our sister site Deadline reports.

Co-produced by Jimmy Fallon and Rick Schwartz (Black Swan), the single-camera project follows the different groups of people working side by side in a shared office space.

Taylor will play Polly, a Type-A businesswoman who co-owns the office with her husband, who she wishes would stand up for himself more often. Jeremy Bronson (The Mindy Project) and Damian Lanigan (Massive) will pen the pilot.

Though she is best known for her work in film, Taylor’s TV credits include Arrested Development and Burning Love. She joins a cast that currently includes Stephen Schneider (Chasing Life), Jack Carpenter (The Good Wife) and Greta Lee (New Girl).