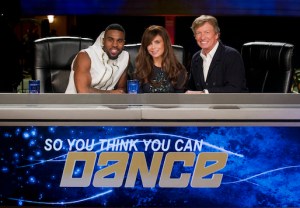 Prepare to get your groove back on Monday, June 1.

That’s when Season 12 of So You Think You Can Dance will tap/twirl/crunk its way back onto Fox at 8/7c, the network announced Monday.

The dance competition, which previously aired Wednesdays, will kick off its audition rounds at 8 pm. For the first time, street dancers will battle stage dancers for the title of America’s Favorite Dancer; as previously reported, host Cat Deeley and returning judge Nigel Lythgoe will be joined by Paul Abdul (American Idol) and singer Jason Derulo.

In other scheduling news:

• MasterChef — with pastry chef Christina Tosi joining the judge’s panel — will return for a sixth season with a two-hour premiere on Wednesday, May 20, at 8 pm. The following Wednesday, the Gordon Ramsay-fronted cooking competition will settle into its regular hour-long broadcast at 8.

• Are You Smarter Than a 5th Grader?, the game show produced by Mark Burnett (Survivor) and hosted by comedian Jeff Foxworthy, will be back for a new season on Tuesday, May 26, at 8 pm.

• BOOM!, a new quiz show (not to be confused with Don Johnson’s ABC drama pilot of the same name) — hosted by Tom Papa (The Marriage Ref) — that slimes those who get trivia answers wrong, will bow on Thursday, June 25, at 8 pm.