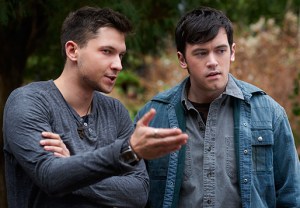 Serial bingers, beware — Netflix is releasing its next series a little differently.

New episodes of Between, a six-part drama about a virus that kills everyone over the age of 21 in the town of Pretty Lake, will stream weekly beginning May 21 at 9/8c, Netflix announced Monday.

* Game of Thrones actress Carice van Houten (Melisandre) will guest-star on the May 3 episode of The Simpsons, according to Entertainment Weekly, playing Milhouse’s Dutch cousin Annika.