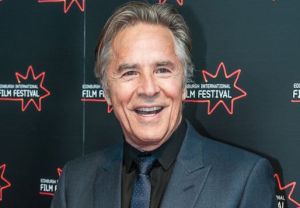 The Miami Vice and Nash Bridges vet has landed a lead role in ABC’s Boom, a drama pilot exploring “the biggest oil discovery in American history,” according to Deadline.

The series will explore the economic explosion caused by the discovery of gas reserves in North Dakota within the last decade, with Johnson set to play “mega alpha male oil tycoon” Hap Boyd.

In addition to starring in the series, Johnson will executive-produce it alongside Tony Krantz (24, Felicity). The pilot for the potential series was written by Josh Pate (Legends) and Rodes Fishburne; Jonas Pate (Believe, Caprica) will direct and also serve as EP.

Excited about the possibility of Johnson back on your TV on a weekly basis? Sound off below!