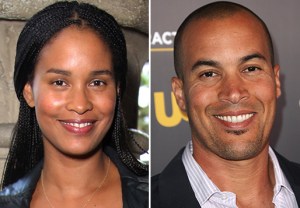 Kim Raver is getting a helping hand from some Parenthood and The Game alums.

Joy Bryant and Coby Bell will star opposite the Grey’s Anatomy actress in ABC’s drama pilot The Advocate, our sister site Deadline reports.

The project follows Raver’s type-A business woman Frankie, who has a medical scare, only to be dangerously misdiagnosed, and experiences firsthand the hazards of our healthcare system.  Shocking her friends and family, she leaves her career behind, becoming instead a brilliant and relentless advocate for anyone caught in the chaotic and ever-changing maze that is modern medicine.

Bryant will play the brilliant Dr. Ryan Clarke, who meets Frankie by chance, helps her out of a tight spot and subsequently opens a patient advocacy firm with her hard-driving new friend.

Bell (whose TV credits also include Burn Notice) will portray Chris, who is trying to keep the medical firm afloat. (The actor’s BET series The Game will wrap up its run after Season 9.)

Sheldon Turner (Up in the Air) will pen the pilot.