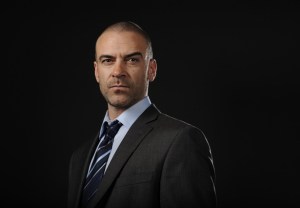 The project, from writers/executive producers Marc Cherry (Desperate Housewives), Neal Baer (Law & Order: SVU) and Dan Truly (Blue Bloods), follows a disgraced CIA agent-turned-teacher (Van Sprang) at an elite Washington D.C. prep school who realizes that his students have high-level access through personal connections. He trains a select few (The Middle‘s Gia Mantegna and Suburgatory‘s Abbie Cobb) to be his eyes and ears into the world of international espionage and help him earn his way back into the agency.

The casting marks Van Sprang’s fourth CW role. He has an arc on Season 3 of Beauty and the Beast (premiering May 21) and appeared on Canadian import The L.A. Complex.