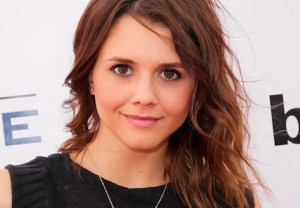 From The Lying Game to the dying game, Alexandra Chando has landed the female lead in The CW’s Dead People pilot.

Penned by Californication creator Tom Kapinos, the drama project follows a down-on-his-luck, semi-alcoholic but roguishly charming cab driver (The Walking Dead‘s Andrew J. West) who, after a near-death experience, suddenly has the ability to interact with ghosts — including that of the ex-wife he has never gotten over.

Per our sister site Variety, Chando will play said dead ex, Pearl, who is described as perceptive, sweet and funny. The pilot reunites Chando and West, who played romantic interests on Rockville CA.

Chando’s other TV credits include VH1’s Hindsight, Castle and As the World Turns.