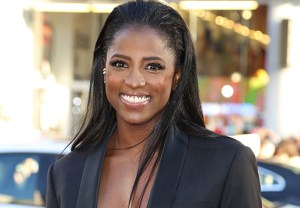 Rutina Wesley is trading in her fangs for a badge this pilot season.