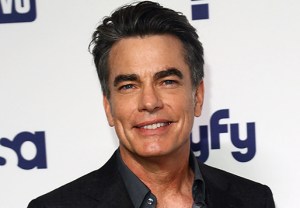 Peter Gallagher is going back to college — sort of.

Inspired by the real-life story of Weezer lead singer Rivers Cuomo, Detour stars Ben Aldridge (Reign) as Michael, a rock star who makes the unexpected choice quit his band and go back to college at age 30.

Gallagher will play Professor Zaring, a highly respected (and feared) educator with whom Michael has a complex relationship.

Steve Franks (Psych) will write the pilot, which counts Cuomo as one of its executive producers.