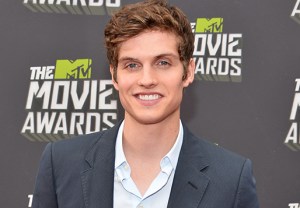 Less than a month after being killed off of The CW’s The Originals, Daniel Sharman has booked his next major TV gig.

Sharman has been cast in the CBS medical drama pilot LFE, our sister site Deadline reports, which follows a group of second-year residents at a top New York City hospital who struggle to keep their god complexes in check. Sharman will play a good-hearted surgical resident named Joe.

The English actor joined the cast of The Originals at the top of its sophomore season, playing the role of vampire-turned-witch Kol Mikaelson; a nasty spell cut his (second) life short in the CW drama’s Feb. 16 episode.

In addition to The Originals, Sharman has recurred in MTV’s Teen Wolf and ABC Family’s The Nine Lives of Chloe King.