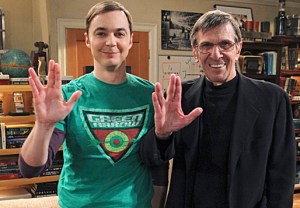 The Big Bang Theory on Thursday paid tribute to Star Trek icon (and one-time guest star) Leonard Nimoy, who died earlier this week at the age of 83.

At the end of this week’s episode, in which chaos erupted after a visit to the pet store, creator Chuck Lorre’s usual title card was replaced by a black-and-white photo of Nimoy above a simple thank-you message: “The impact you had on our show and on our lives is everlasting.”

In addition to being a personal hero of Jim Parsons’ Sheldon, Nimoy also lent his voice to a 2012 Big Bang episode, in which he spoke to Sheldon through his Spock action figure. 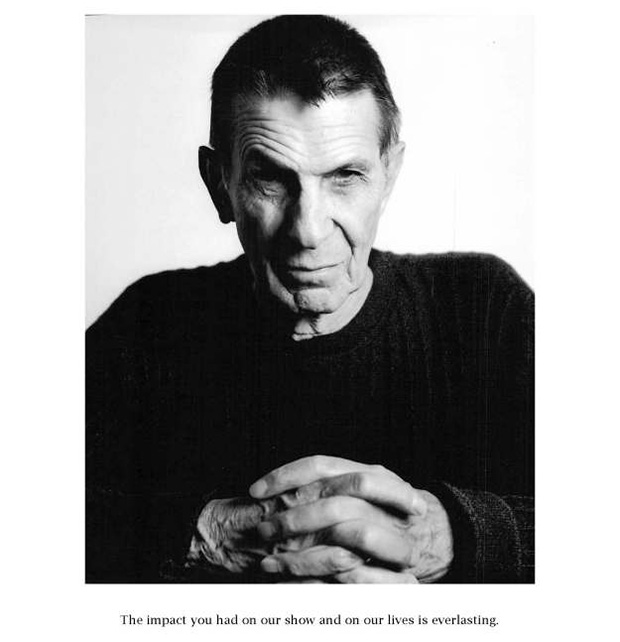