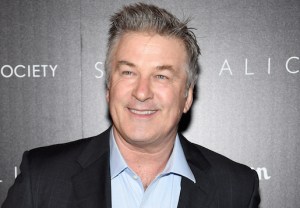 Alec Baldwin will play the mayor of New York City in a drama series that landed at HBO after a bidding war.

Baldwin will also executive-produce the project, which has a “put pilot” commitment at the pay cabler (meaning: it’d be expensive not to air it).

Per our sister site Deadline, Baldwin’s character, Joe Byrne, is a billionaire real estate developer and socialite/tabloid fixture who is he is enlisted to replace the incumbent mayor after tragedy strikes.

“He’s [Donald] Trump without the baggage, [former NYC Mayor Michael] Bloomberg but a Democrat, [philanthropist] George Soros if he was in real estate, a left-leaning Democrat who is also a businessman,” Baldwin tells Deadline.

The tone of the series is described as “dark but not as pitch black” as Netflix’s House of Cards political drama.

Since wrapping his 30 Rock run — for which he amassed two Emmys, three Golden Globes and seven SAG Awards — Baldwin has guested on a March 2014 episode of Law & Order: SVU and taken part in Saturday Night Live‘s 40th anniversary special.

Cary Brokaw (Angels in America) will exec-produce the HBO drama with Baldwin, with an eye on a September production start, on location in NYC.