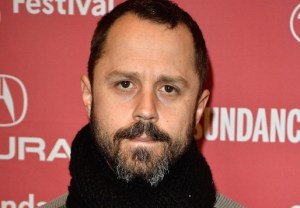 That’ll be the new reality for Giovanni Ribisi now that he’s been cast as the titular conman of CBS’ drama pilot Sneaky Pete.

Ribisi’s character, who used to be known as Marius, winds up hiding from his debtors once he leaves prison — by assuming the identity of a cellmate. He begins working for his new “family’s” bail-bond business. There he uses his considerable charm and criminal prowess to take down bad guys far worse than himself, partnering with a very attractive female “cousin” who has her suspicions about his real motives.

Marin Ireland (The Slap, Homeland) has been cast as the real Pete’s cousin Julia, described as “a witty, single mother of two” who is running the enterprise.

Libe Barer (Parenthood) will play Carly, Julia’s younger sister who is always looking for trouble —and finding it.

Thoughts on this casting news? Does it make you more or less excited about getting Sneaky? Sound off below!