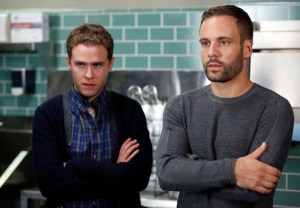 NBC’s The Voice on Tuesday drew 15.4 million total viewers and a 4.1 rating, rising 9 percent and two tenths week-to-week, with CBS in rerun mode.

The singing competition delivered its second-largest Tuesday audience ever, while matching its best Tuesday demo rating since October 2013.

Leading out of that (instead of About a Boy), Chicago Fire did 9.1 mil and a 2.2, surging 44 and 57 percent from its last fresh outing to a biggest-since-premiere audience and best rating since Sept. 30.