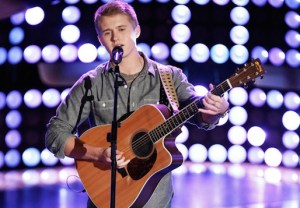 Sometimes, when I watch The Voice, I feel like Charlie Brown going to kick Lucy’s football.

I’m presented with the same data set I’ve seen so many times before — Adam and Blake compete in a head-to-head battle to win the allegiance of a country crooner, for example — and yet somehow I hold out hope that the result will be different.

Spoiler alert: As the great philosopher John Bon Jovi once taught us, “It’s all the same, only the names will change.” Because while it might be fun as viewers to see more cross-genre pollination among coaches and contestants, every prospective radio star who comes to NBC’s reality singing competition knows it doesn’t pay in the long run to stray too far from one’s wheelhouse.

In other words, Blake always gets the kids with the twang in their repertoires.

And that’s exactly why I tip my imaginary hat to The Voice‘s editing team — a merry band of mischief makers who can show us images of world-class charmer Pharrell getting out of his chair, taking off his sweater and begging a strapping young college student from Oklahoma to choose him over Blake. Wait, is this going to be that one time where the R&B producer powerhouse — who knows all kinds of music and has toured the kid’s home state — will get someone to zig instead of zagging?

Of course not! But if you’re focused on the journey and not the destination — a pretty good way to conduct yourself, honestly — then you can find joy in the mere process of NBC’s reality-singing juggernaut.

With all that said, let’s rank tonight’s Battle Rounds-bound singers in order from least- to most-promising: 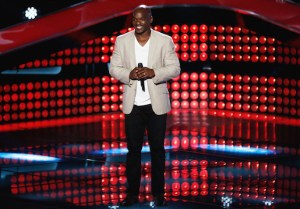 9. Lexi Dávila (Team Adam) — Selena’s “Dreaming of You” | Adorable daughter of Puerto Rican parents completely lost the plot of the melody as soon as Adam turned his chair. How do you say “cannon fodder” in Spanish?

8. Briar Jonnee (Team Pharrell) — Rihanna’s “Take a Bow” | I wanted to love this Mississippi college student’s audition — her energy and fashion sense read “star” to me — but despite a nice conversational flow, Briar’s pitch was clearly hampered by the nerves of being submerged in such a pressure-cooker situation.

7. Ashley Morgan (Team Pharrell) — Whitney Houston’s “I Wanna Dance With Somebody (Who Loves Me)” | Hit her glory notes with the power of a carnival strongman, but she always seemed slightly out of the pocket of Whitney’s danciest hit.

6. Jack Gregori (Team Adam) — Johnny Cash’s “Ring of Fire” | Down-on-his-luck attorney has a distinctive baritone sound, but there was something off-puttingly cartoonish to his delivery (or maybe it was just the band’s arrangement). Either way, he’s got something to prove heading into the Battle Rounds.

5. Brian Johnson (Team Blake) — Rod Stewart’s “Reason to Believe” | Brian may not revolutionize music with his straight-up-the-middle song selections and arrangements, but he sure sounds pretty trying.

4. Brenna Yaeger (Team Blake) — Miranda Lambert’s “The House That Built Me” | I’m pretty sure your average Amish family could build an actual house in the amount of time spent on Brenna’s “my parents divorced and we had to leave our log cabin” backstory. But my initial eye rolls aside, this country singer won me over with the delicacy of her tone and her clear connection to the song’s lyrics.

3. Koryn Hawthorne (Team Xtina) — Emeli Sandé’s “My Kind of Love” | Her gruff tone and thoughtful phrasing had me enjoying Koryn’s cover more than the ho-hum original. Not only that, this teenager’s palpable passion for her craft was kind of infectious. Possible dark horse for Team Xtina?

2. Corey Kent White (Team Blake) — Zac Brown Band’s “Chicken Fried” | I dug the scratchy, laid-back quality of Corey’s vocals — and the way he made me hear the words to “Chicken Fried” like the very first time. Still, is it crazy to say I wish he’d gone with Pharrell — who might’ve challenged the kid to branch out into more challenging territory?

1. Jeremy Gaynor (Team Xtina) — The Carpenters’ “Superstar” | Lead singer for the West Point Band proved that the Army can be an unexpected training ground for powerhouse vocalists. Jeremy’s sumptuous, dulce de leche tone and flawless musicality could give Xtina a real shot at her first Voice trophy.

OK, your turn. What did you think of Night 4 of The Voice‘s Season 8 auditions? Who’d you love? Who are you less bullish about? Take our poll below, then sound off in the comments!