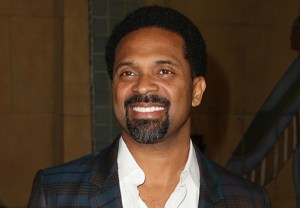 Adapted from the 1989 film starring John Candy, Uncle Buck centers on a childish man who learns how to be an adult by taking care of his brother’s kids in a very childish way.

Steven Cragg and Brian Bradley (MADtv) will pen the pilot, with Will Packer (Think Like a Man) serving as executive producer.

Outside of Starz’s basketball drama, Epps is best known for his roles in the Hangover and Resident Evil film franchises.