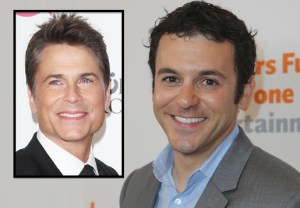 The Wonder Years’ Fred Savage will play brother to Rob Lowe in the Fox pilot The Grinder.

In the single-camera comedy, Lowe stars as beloved TV lawyer Dean Sanderson (aka “The Grinder”). When his long-running hit series comes to an end, Dean finds himself at a crossroads in life and decides to move back to his small hometown, thinking he has the experience to take over his family’s law firm.

Back home, Dean is welcomed with open and star-struck arms, except when it comes to his brother Stewart (Savage), a hard-working attorney and family man, our sister site Deadline reports.