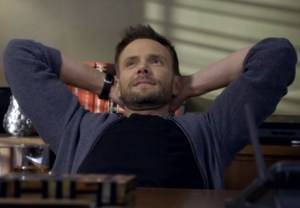 And judging by the contents of the three-minute video, that’s not going to be difficult at all.

In the trailer released by Yahoo! Screen — where the comedy’s new episodes will stream — Criminal Minds vet Brewster and Enlisted actor Keith David appear as the community college’s latest hires, who quickly realize this campus is anything but average. (After all, how many colleges accidentally give degrees to dogs?)

Other highlights of the trailer: Dean Pelton gets a little too engrossed in his virtual reality headset, Abed pays homage to The Big Bang Theory and Señor Chang suffers a nasty cat attack.

Community Season 6 will debut with two episodes on March 17, followed by a new installment released each Tuesday thereafter.

Press PLAY on the video below for a look at Season 6, then hit the comments with your thoughts!