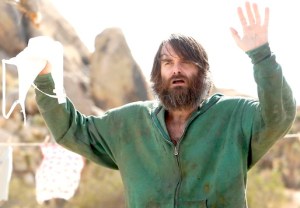 The Last Man on Earth was not entirely alone after all.

Fox’s freshman drama averaged 5.7 million total viewers and a 2.3 rating across its double-episode debut, topping the night in the demo and standing as the No. 1 comedy launch of the TV season with Men 18-49.

TVLine readers gave Last Man an average grade of “B.”

ABC | Once Upon a Time returned to 6.6 million viewers and a 2.2 rating, up 16 and 29 percent from its Frozen arc finale and down just 8 percent in the demo from its year-ago spring premiere. Secrets and Lies‘ two-hour launch drew 5.9 mil/1.5, up a good 60 percent from the most recent Resurrection/Revenge average (3.7 mil/0.9) yet mustering less than half of Resurrection‘s freaky strong year-ago debut (13.3 mil/3.6). TVLine readers gave the murder mystery an average grade of “B+.”