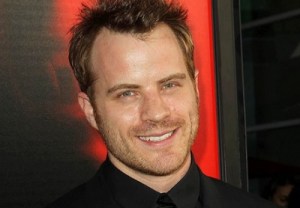 Rob Kazinsky is some kind of monster. A classic one, to be extact.

The actor — who recurred as Faerie-vampire hybrid Macklyn Warlow on HBO’s True Blood — will star in Fox’s drama pilot Frankenstein as the infamous creature, our sister site Deadline reports.

The updated take on Mary Shelley’s mythology revolves around Ray Pritchard, a morally corrupt retired cop who is given a second chance at life when he is brought back from the dead. Now younger and stronger (as played by Kazinsky), Pritchard will have to choose between his old temptations and his new sense of purpose.

Kazinsky joins the previously cast Adhir Kalyan (Rules of Engagement) as Otto Goodwin, a brilliant Internet billionaire who, with his bioengineer twin sister Mary, seizes the challenge of reanimating a dead man.

Rand Ravich (Life) will pen the pilot and executive-produce alongside Howard Gordon (Homeland).