Law and order is far from Vincent D’Onofrio‘s mind as he tackles the role of Wilson Fisk aka Kingpin on Marvel’s Daredevil — as evidenced by these first image from the upcoming Netflix series.

The shadowy figure behind organized crime in Hell’s Kitchen, Wilson Fisk has one mission in mind: to save his territory by any means necessary. This puts him at odds with the vigilante alter-ego of lawyer Matt Murdock (played by Charlie Cox), who sees (so to speak) the criminal element as the root of the city’s problems. Intelligent, complex and physically imposing, Fisk is the perfect foil for Daredevil, and the two will collide dramatically.

Check out the first photo below (click to zoom) and weigh in on D’Onofrio’s perfect casting. Marvel’s Daredevil drops 13 episodes on Friday, April 10. 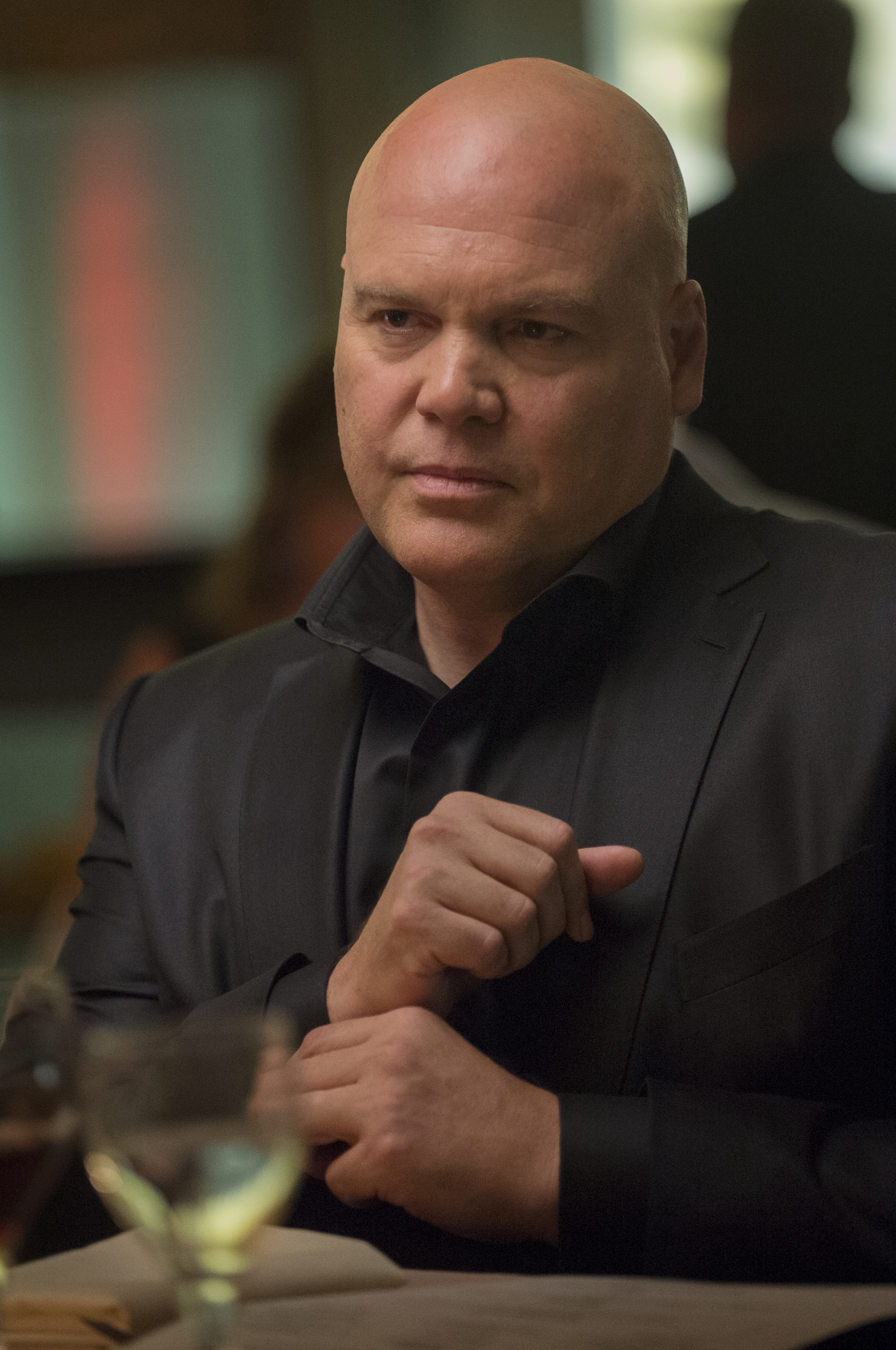