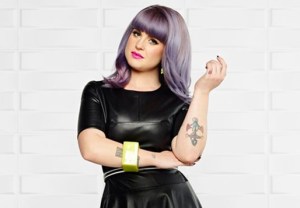 It appears Kelly Osbourne has made good on her threat to depart E!’s Fashion Police.

The network on Friday released the following statement, confirming that Osbourne will not appear on the next episode, airing next month:

Kelly Osbourne is departing E!s “Fashion Police” to pursue other opportunities, and we would like to thank her for her many contributions to the series over the past five years, during which time the show became a hit with viewers. “Fashion Police” will return, as scheduled, on Monday, March 30th at 9:00 p.m. and no decisions have been made on her replacement.

–
Earlier this week, the co-host tweeted her frustration about the show after pal Zendaya Coleman was offended by Giuliana Rancic’s joke about her smelling like marijuana at the Oscars. Osbourne appeared to calm down — at least publicly — following Rancic’s on-air apology:

It takes a strong women to apologize & makes a forgiving women even stronger! #ThisTooShallPass

Your thoughts on Osbourne’s now-confirmed departure? Any suggestions for her replacement? Drop ’em in the comments section below.