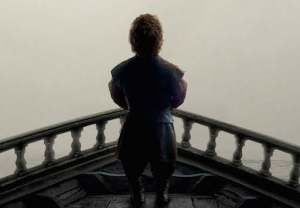 On Friday, Game of Thrones unveiled its first poster for the series’ upcoming fifth season, and it hints at a game-changing development for the good people of Westeros.

Tyrion stands on what looks like the prow of a ship as one of Daenerys’ dragons — bonus points if you can tell us which one it is — emerges from the fog. This begs so many questions!

VIDEO Game of Thrones Season 5: 7 Exciting Bits From A Day in the Life

Is the scaly one a harbinger of his mistress’ eventual reclamation of the Iron Throne? Where, exactly, is the Lannister son (who, you’ll recall, is on the lam after killing his father) when they meet? And is Tyrion mere moments away from being barbecued?

To keep you busy before Thrones‘ return on April 12 (9/8c), peruse the poster below, then fill the comments with your pre-season thoughts! 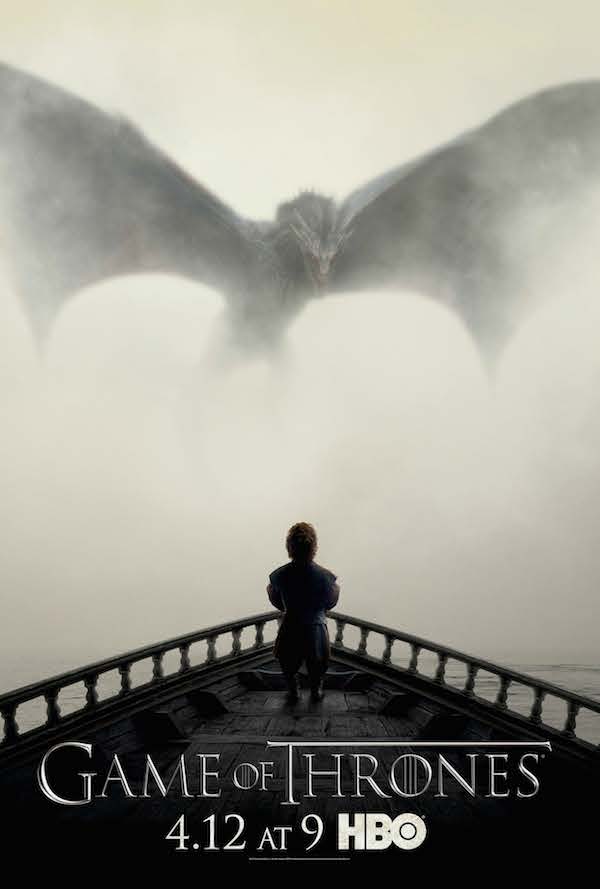