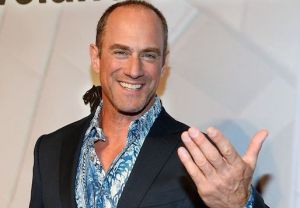 The Law & Order: SVU and True Blood vet has landed a lead role in WGN America’s period drama Underground — which has been ordered straight to series.

The one-hour drama “follows a group of slaves who plan a daring escape from a Georgia plantation to cross 600 miles to freedom, aided along the way by a secret abolitionist couple running a station on the Underground Railroad,” according to the network. To succeed, they’ll have to “evade those tasked with bringing them back, dead or alive.”

Meloni will play August, who is described as “a secretive mercenary walking a tightrope between survival and morality.”

Additional major roles for the series, which is set for a Spring 2016 premiere, are: Jurnee Smollett-Bell (Friday Night Lights) as Rosalee, “a shy house slave with an powerful inner strength and courage”; Aldis Hodge (Leverage; Turn) as Noah, “a brave and clever slave on the plantation with dreams of freedom and a dangerous plan to escape”; and Jessica De Gouw (Arrow, Dracula) as Elizabeth, “a socialite who shares her husband’s abolitionist ideals.”

More casting announcements for Underground will be made soon, according to WGN.

What’s more, sources say that music superstar (and notorious speech interrupter) Kanye West is being eyed to serve as a major music contributor — though that deal has not been finalized.

Excited about Meloni coming back to your TV set? What about the rest of Underground‘s cast? Will you tune in? Sound off below!