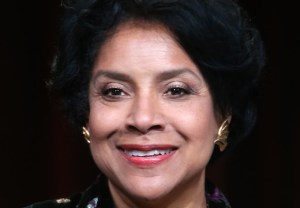 Cosby mom Phylicia Rashad might soon have a new TV brood: She has signed on to play gay FBI agent Georgina Howe in the drama pilot For Justice.

Georgina is an oft-discriminated-against Washington, D.C. power player whose responsibility to her work — in the criminal section of the Department of Civil Rights Division — often clashes with her obligations to her radical family.

For Justice is penned by Law & Order vet Rene Balcer and counts Robert DeNiro and novelist James Patterson among its executive producers. Selma director Ava DuVernay, also an EP, will direct the pilot.

In addition to playing The Cosby Show‘s Clair Huxtable, Rashad’s TV credits include Psych, Do No Harm and Steel Magnolias.