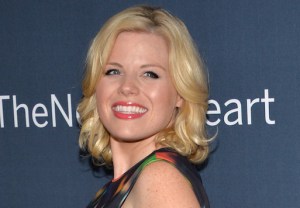 The as-yet-untitled project follows a Broadway starlet and brainiac husband who are thrust into the world of youth sports when they find themselves with an athletically gifted son.

Per our sister site Deadline, Hilty’s character, Irene, is a flamboyant diva who “can come off a little self-involved but has a heart of gold.”

Hilty’s previous TV credits include, of course, Smash, as well as episodes of The Closer, Melissa & Joey and Desperate Housewives. And we’ll leave it at that.