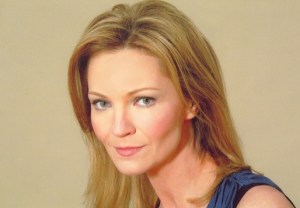 A potential ABC drama with a Shondaland pedigree has elected Joan Allen its mayor, TVLine has learned.

The Oscar-nominated actress will play Claire Warren, a crafty politician who uses upheaval in her family to further her career, in an untitled thriller pilot from Jenna Bans (Grey’s Anatomy, Scandal).

RELATED Pilot Season ’15: Scoop on This Fall’s (Possible) New Shows, Who’s in Them

Formerly known as Flesh and Blood, the potential series centers on a Claire’s son, who rocks his local community by showing up roughly a decade after his presumed death. His reappearance, naturally, has repercussions for the neighbor jailed for his murder and the police officer that handled the case.

Claire’s son reappears just as she is about to announce her candidacy for governor, and though his gobsmacked mother is horrified to learn where he’s been, she’s not above using their family tragedy to help achieve her political aspirations.

Allen joins a cast that includes Zach Gilford (Friday Night Lights) as Allen’s other son, Adam, and Liam James (The Way, Way Back).

Allen has received Oscar nods for her work in The Contender, The Crucible and Nixon. Her TV appearances include roles in The Killing, Luck and Off the Map — the latter of which Bans created.