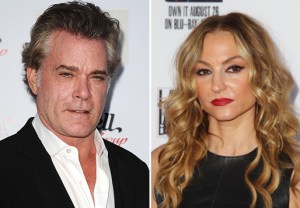 Some big names will be walking the beat with Jennifer Lopez next fall on NBC.

Ray Liotta and Drea de Matteo have joined the cast of Shades of Blue, the Peacock’s JLo-fronted cop drama slated to bow next fall.

Additionally, Warren Kole (Common Law, The Following) and Vincent Laresca (Weeds, Graceland) have been added to the ensemble.

Shades of Blue follows a tight-knit crew of police officers who are effective at keeping the streets safe but also corrupt when it comes to lining their pockets and protecting their own. When one of the officers (Lopez’ Harlee McCord) is forced to become a federal informant, she must decide between her own family’s welfare and that of her police family.

In his first series-regular role since CBS’ short-lived 2006 thief drama Smith, Liotta will play Lieutenant Bill Wozniak, the enigmatic and resourceful patriarch of a tight knit unit of corrupt cops, who steps outside the limitations of the law to protect his precinct. His all-consuming hunt for the informant drives him to dire extremes.

Matteo, coming off of FX’s Sons of Anarchy, will portray Shirley, a tough, outspoken female cop who holds her own with the men in her crew, and yet her brashness covers her insecurities.

Kole portrays Robert Staal, a relentlessly ambitious up-and-coming FBI agent desperate to make a name for himself. His growing obsession with his asset jeopardizes his ability to make his case against a group of corrupt cops.

Lastly, Laresca co-stars as Tony Espada, alternately the bulldog and the moral compass for his team.

Blue, which received a 13-episode straight-to-series order from NBC last year, will be written by Adi Hasak (3 Days to Kill, From Paris with Love), who will serve as an EP alongside Lopez’ American Idol colleague with Ryan Seacrest.